MINNEAPOLIS, Feb. 27, 2019 /PRNewswire/ — Nickelodeon and VStar Entertainment Group, part of Cirque du Soleil Entertainment Group, today announced the U.S. debut of the live theatrical production Nick Jr. Live! “Move to the Music.” The brand-new musical spectacular will feature, for the first time ever on one stage, characters from multiple hit Nickelodeon preschool animated series, including Bubble Guppies, PAW Patrol (produced by Spin Master Entertainment), Dora the Explorer, Shimmer and Shine, Blue’s Clues & You!, Blaze and the Monster Machines and Top Wing. Exclusive ticket pre-sale opportunities will be available to fan club subscribers beginning Wednesday, March 6, and tickets are available to the general public beginning Friday, March 15. Audiences can sign up for the fan club at http://nickjrlive.com where they will also have access to exclusive tour updates and ticket notifications for their city.

Nick Jr. Live! “Move to the Music” marks the first of several productions to debut as part of an exclusive live theatrical touring partnership between Nickelodeon and VStar Entertainment Group. The partnership includes collaboration on several Nickelodeon intellectual properties to deliver new theatrical touring productions over the course of the exclusive 5-year deal. The relationship between the family entertainment brands kicked off in 2016 with the co-production of PAW Patrol Live! “Race to the Rescue,” the first-ever live stage show based on Nickelodeon’s top-rated preschool series, PAW Patrol (produced by Spin Master Entertainment). Since that time, the two have added PAW Patrol Live! “The Great Pirate Adventure” and Bubble Guppies Live! “Ready to Rock” to the growing list of production collaborations. In the short time since the debut of the original show, an impressive 3 million PAW Patrol Live! tickets have been sold worldwide.

“Nickelodeon’s partnership with VStar Entertainment has been an incredibly successful one, and has become an integral component as we continue to expand our burgeoning global location based business,” said Sharon Cohen, Executive Vice President, Nickelodeon Experience. “With the latest addition to the lineup, we’ve mined Nickelodeon’s library of preschool hit shows to create Nick Jr. Live! “Move to the Music,” an engaging and vibrant musical showcase, featuring some of our most beloved characters.”

“As VStar continues to evolve into a leading producer of live family entertainment, having Nickelodeon, the leading children’s entertainment brand, entrust additional top-rated intellectual property to VStar speaks to the confidence and trust we’ve established,” said Eric Grilly, CEO, VStar Entertainment Group. “We are thrilled to have Nickelodeon as our partner and look forward to the opportunity to continue entertaining audiences with even more beloved Nickelodeon characters.”

Nick Jr. Live! “Move to the Music” follows Dora and her PAW co-hosts, Marshall and Rubble, as they invite their Nick Jr. friends to come together for a one-of-a-kind music-filled production. Bubble Guppies’ Molly and Gil, Rod and Penny from Top Wing, Shimmer and Shine, and even Blue from the new Blue’s Clues &You! are throwing a Nick Jr. celebration. The show will transport audiences to familiar Nick Jr. locations, including Bubbletucky and Zahramay Falls, and includes two acts, along with an intermission. The unforgettable musical adventure will feature live appearances, special on-screen guests and audience participation to engage the whole family.

About Nickelodeon
Now in its 39th year, Nickelodeon is the number-one entertainment brand for kids. It has built a diverse, global business by putting kids first in everything it does. The company includes television programming and production in the United States and around the world, plus consumer products, digital, recreation, books and feature films. Nickelodeon’s U.S. television network is seen in more than 90 million households and has been the number-one-rated kids’ basic cable network for 22 consecutive years. For more information or artwork, visit http://www.nickpress.com. Nickelodeon and all related titles, characters and logos are trademarks of Viacom Inc. (NASDAQ: VIA, VIAB). 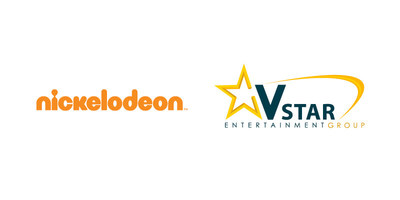